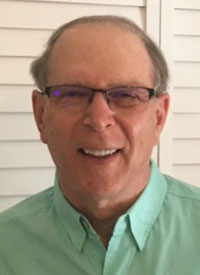 Biography
At graduation I was commissioned a Second Lieutenant and entered the USAF. My assignment was to spent 4 years in major weapons systems procurement at Space and Missile Systems in LA. The highlight of that assignment was the launching of the first synchronous (stationary) satellite to monitor nuclear explosions, over the country of China. My job was to manage the construction of the dedicated tracking station in Australia for the satellite. I left the Air Force and returned to Ohio to enroll in the MBA program at Baldwin Wallace in Berea, Ohio. While attending BW, I went to work as a campaign manager for a friend who was running for the Ohio Senate. The campaign was a success but, the candidate lost in a 3-way primary by a very slim tally. After the campaign was over, I completed the MBA program and joined Archer Daniels Midland, the second largest commodity processor in the USA, selling agricultural commodities, and returned to California. I held several sales management positions with ADM and resigned when they wanted to promote me and move me to S. America. Since I had a successful history of working with major food companies on the West Coast with ADM, I joined a worldwide flavor company, and sold flavors to Food and Beverage manufacturers.

After several years of turning down promotions, all of which involved moving again, I decided to start my own business. We incorporated in California in 1987 and have been in continuous operation selling frozen fruit and juice concentrates for processors worldwide, to food and beverage manufacturers worldwide.

By 1999 I was eager to leave the great state of California, and ended up in Coeur D Alene, ID. While in Idaho I met a fellow boat owner who was going to start a regional bank. After about a year of due diligence, Bank CDA was opened, by thirty initial investors. Today it is still a regional bank with four branch offices.After several winters in Coeur D Alene, ID ( same latitude as Cleveland, OH) I relocated to the Phoenix metro area, where I currently reside. Looking back, it’s been a great life filled with a lot of interesting people and a lot of interesting opportunities.

Favorite ΣΧ memory
There were a lot of great memories. A chapter with a lot of real great men who were academically, athletically and talented in so many ways.